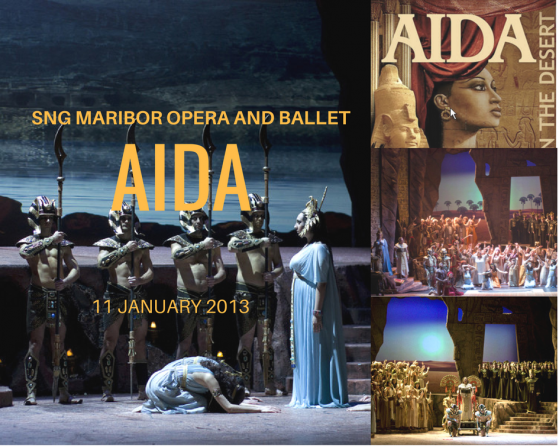 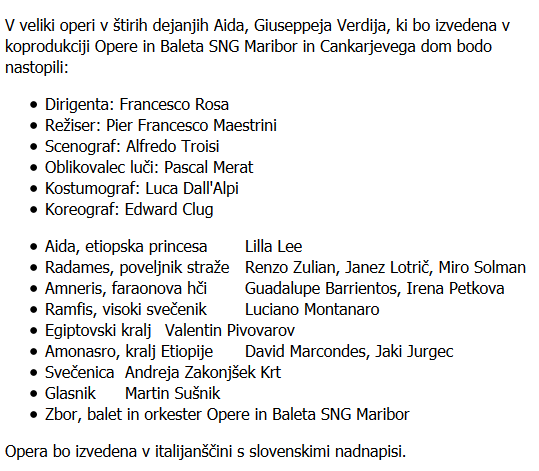 A production of Giuseppe Verdi’s “Aida” by the SNG Maribor opera and ballet house will open tonight at Ljubljana’s Cankarjev dom arts centre, with Korean soprano Lilla Lee performing the leading role in what is one of the highlights of the opera season.

Conducted by Francesco Rosa and directed by Pier Francesco Maestrini, both of Italy, the monumental opera about forbidden though relentless love is a co-production of SNG Maribor and Cankarjev dom.

SNG Maribor director Danilo Rošker has told the press ahead of the Maribor premiere that such a large production required cooperation with Cankarjev dom, with each side contributing EUR 100,000.

“Aida is really a great show, the opera of all operas, which will be staged by an excellent team of artists. Around 200 people will hit the stage, which will see an excellent sceneography and costums.”

Maestrini said that he did not want to recycle standard cliches, and was more interested in exploring the life in Ancient Egypt, which remains a great mystery despite all the available historical sources.

The show, which will be played in Ljubljana four more times, has also received an invitation to Japan for October 2015, according to Rošker.